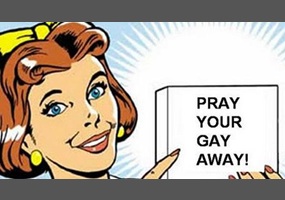 Should there be laws banning gay conversion therapy?