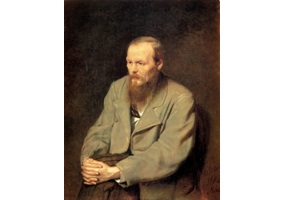 "If God does not exist, Everything is permissible" Agree(yes) or disagree(no)?

Asked by: ladiesman
"If God does not exist, Everything is permissible" Agree(yes) or disagree(no)?
40% Say Yes
60% Say No
Load More Arguments
Leave a comment...
(Maximum 900 words)
Leaning says2019-01-06T15:02:22.633
Report Post
The realization (For me), That neither god nor any after life existed is what brought me to nihilism. Though admittedly, Upon thinking of it years later, I can't quite see anymore why the existence of an afterlife of God would make anything less permissible. Hmm, Maybe if God and Karma effected everything that would make sense. . . Anyhoo, I rather agree with what radsix said, And don't feel a need to say anything myself.
Privacy Policy | Terms of Use
Sitemap | View Desktop Version
©2020 Debate.org. All rights reserved.