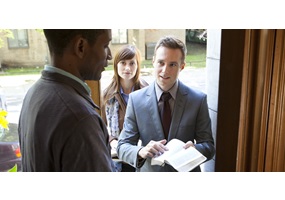 "Jehovah's Witnesses" is a dangerous cult