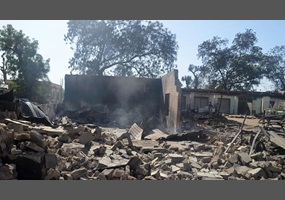 29 killed in Nigeria: Is Islam a threat to the world?