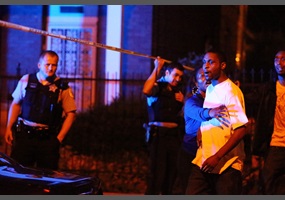 9 dead, 19 wounded in Chicago weekend shootings: Are we safe?