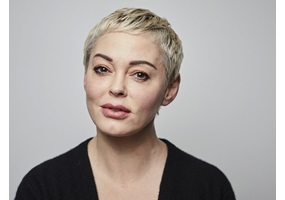 Actress Rose McGowan says Democrats are in a Deep Cult, Is she correct. . . ?