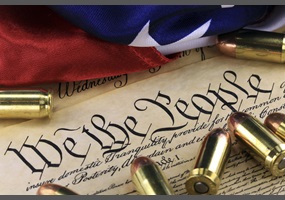 All gun control is unconstitutional.

All gun control is unconstitutional.
54% Say Yes
46% Say No
Load More Arguments
Leave a comment...
(Maximum 900 words)
ladiesman says2018-11-11T21:49:22.097
Report Post
Every time there has been a mass shooting, The National Rifle Association tries to take the subject off guns by claiming, "This is a mental health issue". Well my response to that is, "What do you propose we do about that? ".
Privacy Policy | Terms of Use
Sitemap | View Desktop Version
©2020 Debate.org. All rights reserved.