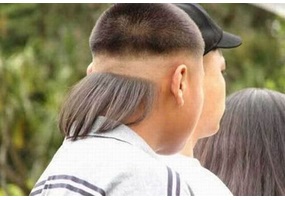 All non blacks are racist

All non blacks are racist
50% Say Yes
50% Say No
Leave a comment...
(Maximum 900 words)
Dhplaz says2021-03-07T13:05:18.463
Report Post
Both white people and black people are racist against each other. But saying that ALL white or ALL black people are racist is idiotic. Race hardly even defines thinking process and personality and thinking process can be a cause for racism. All people are different including inside all races and you can therefore not say that ALL white people are racist and instead say that some or many are because race barely defines the thinking process.
Lasonrisa says2021-03-09T01:10:25.693
Report Post
I'm not a racist and i'm white, I do not discriminate anybody. I believe all human been are the same and have the same rights. All of us work, Pray, Love, Have a family, Children and all deserve the same, Not just for the color of your skin. So believe and your self and fight for the equality and do not discriminate anybody.
WhiteNationalFascist says2021-03-09T13:39:56.197
Report Post
All niggers are violent low IQ subhuman savages.
Privacy Policy | Terms of Use
Sitemap | View Desktop Version
©2022 Debate.org. All rights reserved.