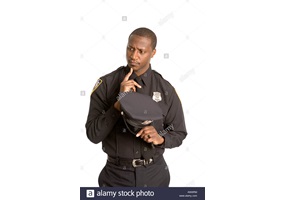 Are actions taken by a police officer solely attributable to the individual?