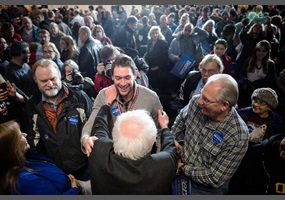 Are Bernie Sanders' supporters more passionate about their candidate than Hillary Clinton's supporters?