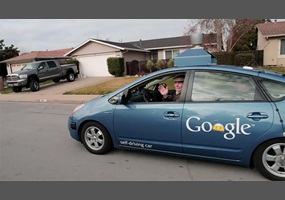 Are completely self-driving cars feasible in the foreseeable future?