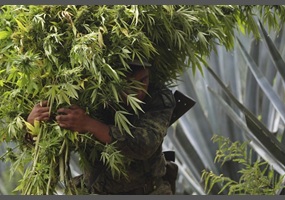 Are drugs winning the War on Drugs?