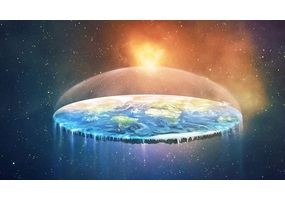 Are Flat Earthers the literally dumbest (you can't be dumber) people on the planet?