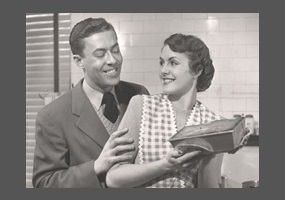 Are gender roles important to society?

Psychology, gender
Are gender roles important to society?
45% Say Yes
55% Say No
Load More Arguments
Leave a comment...
(Maximum 900 words)
rick1977 says2015-09-04T18:16:29.937
Report Post
Women are nurturers and men are protectors. If males and females move from the roles that God has placed them in then we will end up with a society that is chaotic. There is a reason why males are the head of the family and women are the supporters of the males. Imagine what would happen when we walk if both legs decided to go forward at the same time? Clearly there would be no movement.
rick1977 says2015-09-04T18:19:13.737
Report Post
YES - I strongly believe and there is scientific evidence to back it up that Men and Women are Inherently different (though Equal under the law). Women are nurturers and men are protectors. You cannot make 2 things exactly equal when they are fundamentally different, what the quack scientists (Social Scientists) are trying to do is make men feminine and women masculine and by the end of it BOTH men and women will and are un-happy.
Privacy Policy | Terms of Use
Sitemap | View Desktop Version
©2021 Debate.org. All rights reserved.