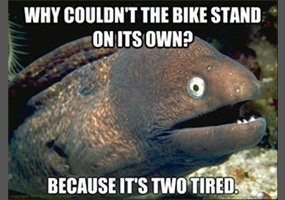 Are lame jokes that lame?