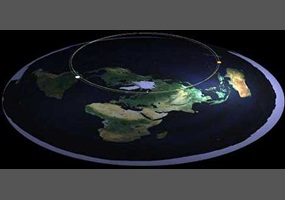 Are members of the Flat Earth Society crazy?