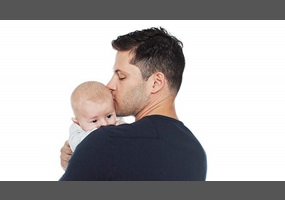 Are men better with children than women?