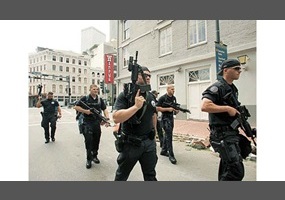 Are mercenaries and private military contractors a good idea?