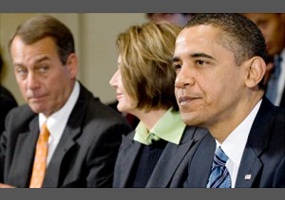 Are politicians so worried about re-election that they can't perform their job correctly?