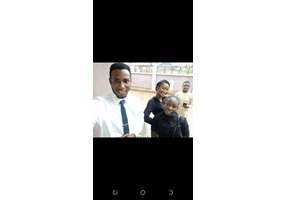 Insults
Are private schools better than public school
50% Say Yes
50% Say No
Leave a comment...
(Maximum 900 words)
sauravpatra says2020-08-29T07:09:35.313
Report Post
No doubt private schools are better, Products of private schools become well settled in their life in terms of financially, But loose their cultural values, Students of private schools are being taught about competitions of life, How to survive only in financial perspectives. Hence a vast majority of parents feel lonely at their older age because either they send their son to some other countries to earn money or settled to some other places, In the other hand products of govt. Schools have less opportunities to grow, If they have big aim they have less resources and hence stick to their places and lives ordinary life with their parents and childrens. Products of private schools does not give guarantee to lead a better and happier life, Its the choices of the products from both schools how they want to live
RadeCrow says2021-04-09T01:29:01.500
Report Post
I tried to post an argument for private schools and it got deleted and I'm too lazy to write it again so this is my vote for private schools lol.
Privacy Policy | Terms of Use
Sitemap | View Desktop Version
©2021 Debate.org. All rights reserved.