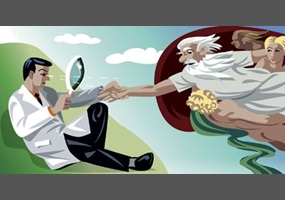 Are science and religion on a collision course?