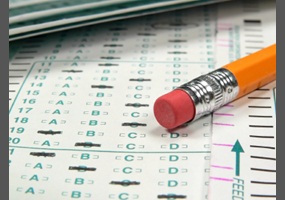 Are standardized tests the best way to universally compare students?