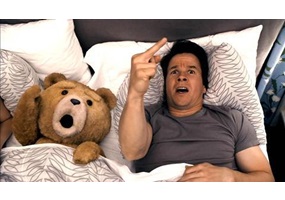 Are Ted and Ted 2 good films for kids to watch?