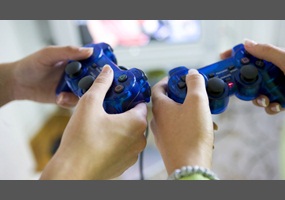 Are violent video games, music, and films responsible for the increase in violence in the real world?