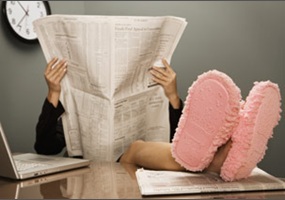 Are we a lazy generation?