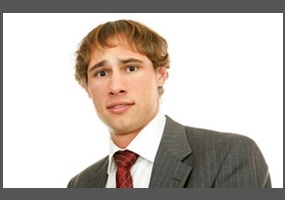 Are white males unfairly discriminated against?

United States, White people
Are white males unfairly discriminated against?
89% Say Yes
11% Say No
Load More Arguments
Leave a comment...
(Maximum 900 words)
Anonymous says2013-06-12T12:35:27.030
Report Post
The Segment below is from a Freddie Mac Website. It is used to gather questions about applicants. Basically they want to know if I or anyone that applies if from a so called "Minority". Why would Freddie Mac want to know this?The reason for the site is to receive real estate leads from Fraddie Mac. You will notice the only class of people that they are not asking about are "white males" . I can only assume that a white male looking for buyer leads on the Freddie Mac site will indeed be discriminated against. Yes History has been on the side of white males and has been for a long time. This is something that has changed. Is this an attempt by society to even the score. I say yes. The sad part is this is a government agency that is leading the way. We need to be rid of all discrimination. This is the only way to make this country free from its past. So we can all just move on to the future.


This came from a Freddie Mac application page. Https://homebase.Homesteps.Com/join-homebase.Asp

This company has been certified as a minority/woman owned business enterprise by: Select one Local Agency Minority Council/Org Other State Agency US Govt Agency
Anonymous says2013-08-04T13:10:04.580
Report Post
If you are white, male, and of average intelligence in this country, you are screwed. The academic standards are higher for whites in college acceptances. If you are black or hispanic and have the same average or slightly below average SATs and GPA as your white counterpart, the colleges give preferential acceptance to the black and hispanic student over the white student. It's leaving a lot of white males out in the cold opportunity and lifetime earnings capacity-wise and making them very angry. Not to mention the inherent double racism in this system of acceptances. What it says is, if you are of an ethnic minority, we don't expect you to be as smart as whites...And if you are white, you had better be smarter than both ethnic minorities AND your fellow whites! We need to take the race checkboxes off of college applications and simply evaluate the merits of each applicant (it would be nice to remove the gender box too but names give that away. Sure, names can be ethnic too but not always).
With manufacturing and trade jobs disappearing, we are creating whole generations of white males who are denied the same opportunities to succeed in white collar jobs as their counterparts among ethnic minorities, and no blue collar jobs to fall back on. And I won't even go into all the grants and scholarships that specifically exclude you if you are white and male.
MacD says2013-08-04T13:20:29.427
Report Post
Any mother of a white, male son will tell you this is true (that their sons are discriminated against).
AnonyFeline says2015-01-04T12:29:36.750
Report Post
What many fail to realize is that white males have had a most, if not all, of the power and advantage in society. This advantage has been transferred generationally through families, friends, institutions, and the media for a very long time. Suggested viewing material on privilege: Tim Wise (all), Neil DeGrasse Tyson (on equal opportunity and access), and a recent interview of Macklemore
where the calls out the privilege and "free passes" he has by simply being a straight white male in the music and entertainment industry.

I challenge all deniers to thoroughly absorb the messages of these people and conclude that whit privilege does not exist, or that the straight white make is in a more difficult circumstance that a non-white. Good luck. You'll need it.
Privacy Policy | Terms of Use
Sitemap | View Desktop Version
©2021 Debate.org. All rights reserved.