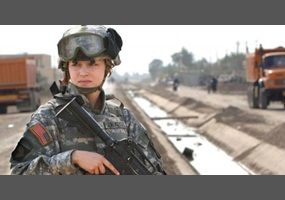 Are women equal to men in combat?