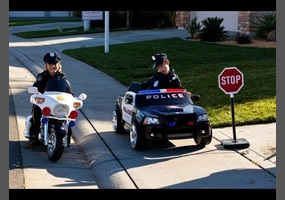 Bicycles should be able to ride on the sidewalks.