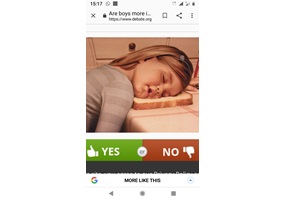 Boys are more productive than girls in the society