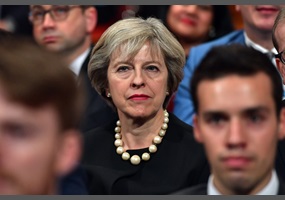 British MP accuses Trump of fascism: should Theresa May allow him into the country?