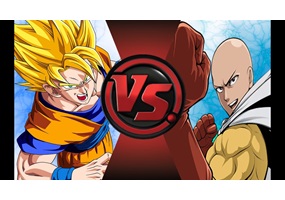 Can One Punch Man Beat Goku?