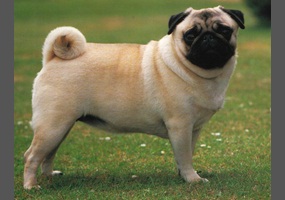 Can pugs be police dogs?