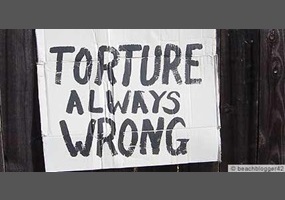 Can torture be justified as an added form of punishment?