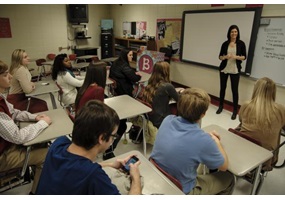 Cellphones should be banned in classrooms?