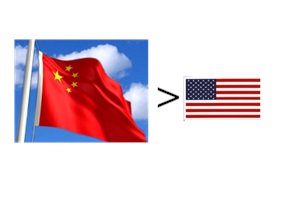 China is better than the United States.