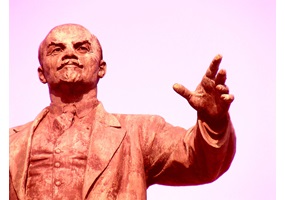 Asked by: Keldeo42
Communism is bad?
64% Say Yes
36% Say No
Leave a comment...
(Maximum 900 words)
Cicada says2018-11-29T03:19:58.250
Report Post
Communism is an ideology based on everyone working together, Putting each person's best talents to use in a society in which everyone is rewarded for their work equally. One of the reasons most if not all communist governments have fell or are crumbling is because Communism as a system is based upon the assumption that humans are perfect. Us humans are selfish and greedy so naturally we would think in our capitalist mindsets that a doctor should be paid more than a garbage collector. We would like to think that the more specialized or difficult jobs should be rewarded more, However this is the very mindset that toppled the most communist countries. People simply can't imagine that an inferior man with an inferior job should be rewarded with the exact same as say an engineer so in many "communist countries" the top echelons of the government get a greater share of the reward. These type of countries cannot be called communist. In fact they are similar to an oligarchy. If however, Humans ARE perfect then there wouldn't be a need for any government. People would live in harmony and it would be similar to what the early ideologists imagined communism would be, But humans aren't perfect. The very idea of communism is quite correct in its model of an "Utopia". We shouldn't use the examples of failed "Communist" Countries to judge the ideology of communism.
Privacy Policy | Terms of Use
Sitemap | View Desktop Version
©2020 Debate.org. All rights reserved.