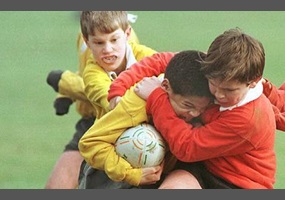 Competitive sport does more harm than good to students