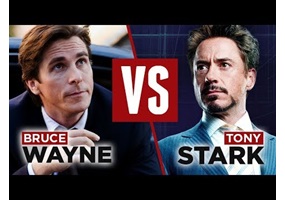 Could Bruce Wayne beat Tony Stark in a fight?