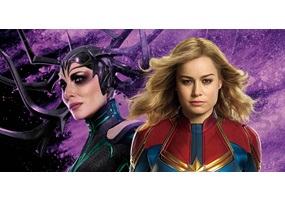 Could Captain Marvel kick Hela's butt in a fight?