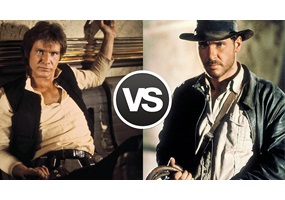 Could Indiana Jones win a fight against Han Solo