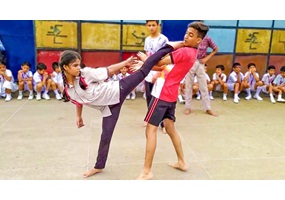 Could most young girls destroy a boy in a fight?