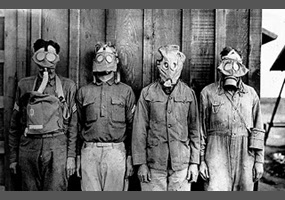 Could the Russian Sleep Experiment possibly be real?

Asked by: leopard
russian, Health
Could the Russian Sleep Experiment possibly be real?
56% Say Yes
44% Say No
Load More Arguments
Leave a comment...
(Maximum 900 words)
Anonymous says2013-09-21T04:37:05.887
Report Post
Nope, don't think so. If they ripped out their organs, they would have bled out, unless the hole that they pulled their organs through is very small. Furthermore, had they truly eaten their wayward companion, they definitely would have gotten some sort of infection from the raw meat.
Henry_cp says2014-06-29T03:28:53.147
Report Post
How could this even be real?
It's just a story made to scare people, there's no way this is possible.
No one could survive something like that.
The gas in the story somehow made the men stronger, they could survive things.
Also, who would post a story like this if it was true.
The Russian sleep experiment is set in the 1940s, whoever posted this story would have to be very old.
russiangirl says2014-07-27T22:15:53.737
Report Post
I am Russian, and here is my answer. Sorry for my english
Then most conspicuous-cant "in the late 1940s" "> but the commander, a former KGBshnik." Actually cant that the KGB was created in 1954 and an experiment "former" would not bet.

All four "survivors" also lacked a significant amount of muscle and skin torn away from their bodies. Judging by the damage and bare bones of the fingers could say that they did it by hands, not his teeth as originally anticipated.
How can I remove the arms muscles with the same hands to the bone, if everyone who has studied biology course knows that by themselves do not move bones?
I'm surprised that Americans still believe in this. In Russia, this has long since forgotten because it is not true. Once again, sorry for my english
Privacy Policy | Terms of Use
Sitemap | View Desktop Version
©2020 Debate.org. All rights reserved.