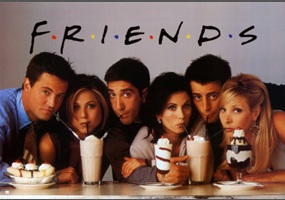 Did "Friends" ever strike you as a racist type of show?

Asked by: Adam2
Twitter, Friends
Did "Friends" ever strike you as a racist type of show?
58% Say Yes
42% Say No
Load More Arguments
Leave a comment...
(Maximum 900 words)
justavoice says2016-05-09T07:09:43.103
Report Post
A few demonstrations of racism have been highlighted here, and I don't have the energy now to add on an extensive argument, but I will urge you guys to watch this one thing I most recently saw. Watch season 6 episode 10 "One with the Routine," and focus on the scene where Joey is dancing with Janine on stage for Dick Clark's New Year's Rockin' Eve. See what the producer tells Joey about Janine, the "dancing girl" Joey is paired up with, and her behavior and try seeing the implications of that. Racism isn't just how many minority characters or lack thereof the show presents, but the underlying tone of certain dialogue or interactions and relationships. I loved Friends, but I've come to see certain thought-provoking things that has made me realize some racism plagues the show.
snake2647 says2016-09-29T12:52:30.093
Report Post
Joke of a show. If you like it, good for you but you obviously read fiction books only and do not like to think beyond your little world. It is as white as the republican party jumping out of an airplane during a blizzard.
Privacy Policy | Terms of Use
Sitemap | View Desktop Version
©2022 Debate.org. All rights reserved.