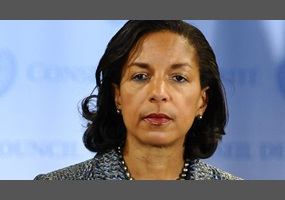 Did Susan Rice hurt her chances at becoming Secretary of State for her actions in Benghazi?

Susan Rice, National Security Advisor, NBC, Meet the Press, Benghazi
Did Susan Rice hurt her chances at becoming Secretary of State for her actions in Benghazi?
60% Say Yes
40% Say No
Leave a comment...
(Maximum 900 words)
SweetTea says2014-02-25T12:14:19.677
Report Post
Hurt her chances? No. Rice ISN'T in that league. She is a Public Servant -- a government employee. Cabinet positions are like "political gifts". Every President appoints their supporters to their Cabinet. They rarely appoint an individual who has made a career with that specific agency and/or department, i.e. State, Defense, Education, etc.
Privacy Policy | Terms of Use
Sitemap | View Desktop Version
©2021 Debate.org. All rights reserved.