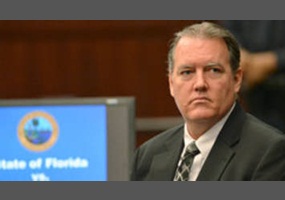 Did you agree with the verdict in the "Loud Music Murder Trial?"