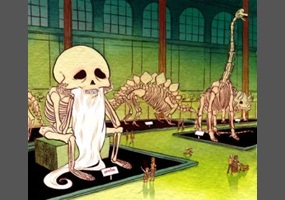 Do atheists desire to see the end of religion?

Asked by: Apparelled
Do atheists desire to see the end of religion?
23% Say Yes
77% Say No
Leave a comment...
(Maximum 900 words)
bubbatheclown says2014-02-23T19:10:05.770
Report Post
This question should've been rephrased. There certainly are atheists who hate religion, but at the same time there are plenty of atheists who are okay with its existence.
Apparelled says2014-02-25T19:33:32.353
Report Post
So far 50% of the people who stated no have claimed a desire to see religion end. So as you can see, within the ranks of atheists there is a subconscious desire to see religion crumble.
Privacy Policy | Terms of Use
Sitemap | View Desktop Version
©2021 Debate.org. All rights reserved.