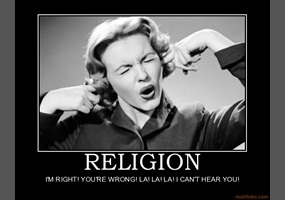 Do atheists have some sort of faith?

Asked by: glowingdisco
Washington, United States, Barack Obama, Israel, John Kerry
Do atheists have some sort of faith?
54% Say Yes
46% Say No
Leave a comment...
(Maximum 900 words)
TheUntrueFantasy says2013-11-06T19:15:03.547
Report Post
This question is stupid because the person asking it obviously does not know what the word atheist means. An atheist is someone who does not believe in a god or gods, that's it. It say's nothing else about someone. It is just an answer to one question. Do you believe there is a god or gods? If you answer no, your an atheist if you answer yes your not. So just to make you understand how silly this question is i will ask a similarly stupid questions. Do blond people have some sort of faith? Do people who don't believe spiderman is real have some sort of faith?

But the faith religious people mostly use is believing stuff based on wanting this stuff to be true even tho the evidence points in the other direction. Atheist do not tend to do that as often as religious people do and many atheists never have that type of faith because that type of faith is really irrational, atheists are often more rational that theists.
Privacy Policy | Terms of Use
Sitemap | View Desktop Version
©2021 Debate.org. All rights reserved.