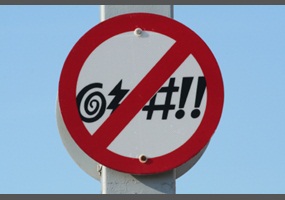 Do atheists use too much profanity?