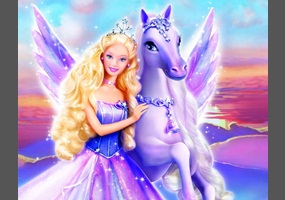 Do Barbie Dolls need to be factual representations of women's bodies?