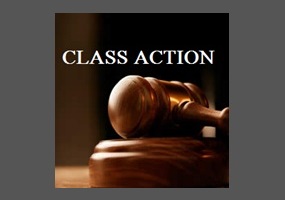 Do class action lawsuits cost too much and really benefit only the lawyer in the end?

Law, Class action
Do class action lawsuits cost too much and really benefit only the lawyer in the end?
76% Say Yes
24% Say No
Load More Arguments
Leave a comment...
(Maximum 900 words)
AprilMari36 says2014-03-13T20:32:11.193
Report Post
I was involved in a class action lawsuit I was awarded 1100.00 of which I received 3000.00 before taxes the lawyer 8000.00 I received a 1099 form for the whole amount. The lawyers are the only ones making any money if I had known I never would have joined. The lawyer doesn't have to pay because it's a service now I have to worry about paying more taxes on it when I already did. I only received 1600.00 and now that is going to taxes. So yes I believe no won wins and the companies are just handing over money to the lawyers.
Privacy Policy | Terms of Use
Sitemap | View Desktop Version
©2021 Debate.org. All rights reserved.